They are definitely the most upgraded way to work on clients who aren’t really clients.

Ok, did that make sense?? (rhetorical)

The 2 hottest brands seem to be the Red Iguana Brand by April Ryan and The Glammerliz by Liz Tanner. And guess what? I bought both so that you don’t have to. (… you’re welcome ?)

Ever since I retired from salon work, I’m not going to lie… ONCE IN A WHILE, I wish I had a real client on which I could do some super fun nail art on.

So I did away with the day dreaming and treated myself to a pair of Glammerliz silicone hands.

And I say “treated” because these things aren’t cheap.

Besides, they would be great models for when I’m recording nail classes, like who else would be available at midnight?

Now, I will tell you that when I got my Glamerliz hands… oddly enough… I was not impressed. And it wasn’t because of the craftsmanship… Sorry, sorry, sorry, I’ll explain in a moment just hold tight, you have to read the whole story!

So, I actually thought I’d made a bad buy with the Glamerliz, and within the next few days I ordered a full-sized Red Iguana hand. Just to give them a really good comparison.

Now, I previously have owned a Red Iguana silicone hand (the one without a wrist), and I did do a video for you way back when, if you want to take a look, I’ll go ahead and link it in the description below for you to watch after this.

Now I was rarely finding use to that hand, then, and so I actually sold it.

So let’s start with the set of Glamerliz silicone practice hands, these are the Elsa skin tone.

First of all, it took nearly 3 months to get processed. Liz is a one woman show apparently, and she happened to be moving at the time my order went through, and she was just really backed up.

So, just from that waiting period anxiety my expectations were sky high.

Now Liz threw in a bunch of nail art goodies, and even took the time to write me a hand written note. So I am thankful for the consideration.

My hands came with cute little jewelry and it was packaged very nicely.

My first impressions when I looked at my hands… was like … Ok, a little bigger than I envisioned these. And once I picked each one up… I was like woe these are heavy.

Each hand weights a bit over 1 pound! Now I’ve serviced many real hands, and that … is heavy.

So again those were my first impressions.

The texture and craftsmanship are good, but I wasn’t blown away…

I think primarily because I’ve owned one of these realistic silicone hands before, and yes they are eearrie real looking, so that initial impression I had already experienced.

So I’m probably being a very harsh critique here.

But do bear with me, because I’ll tell you off the bat I did prefer the Glamerliz by Liz hand, over the Red Iguana.

So then, almost immediately I realized also, that the fingers were a bit shorter than I thought they would be, and just even shorter than in the images on the website. And to me that was a bigger disappointment than the weight of the hands.

And this is why, we are going to photograph the fingers which carry the nail of course, waaayyy more than the palm or the wrist of the hands. So, for there to be more hand than fingers, was a big deal to me. And then because I purchased them to work on them as if I was working on a client, then holding the hand by the finger is important and so I think there is not enough finger for me to hold it comfortably. You get what I’m saying?

So this hand could easily (I think) be improved and BE THE HAND of silicone hands if we get longer fingers, which would probably take care of the weight, because then the palm area and wrist will be reduced. Right?

Now this is also important to note. For the Glammerliz I got the non-poseable version and for the Red Iguana I bought the pose-able version. So my Glammerliz does not have metal framing for me to pose it every which way, which I think is nice to get this option if you want to more naturally pose the hands, and also work on them as if you were working on a real client.

Because the pose-able kind, you’ll find that it poses kind of stiff, and slightly more unnatural, but then again you can position those fingers every-which way. I think it is a good option if you are going to work on the nail tips separately and then press them back in and pose the hand to take a shot.

But I’ve seen people including nail students still clamp it down and work on it as a real hand.

So totally your preference. I think it boils down a bit to esthetics and convenience.

OK, now the Red Iguana hand has been improved since my first video on it 2 years ago. And so this was another reason why I was intrigued to want to purchase it and so I did.

Now I only got one hand, not a set.

And I got the pose-able kind and skin shade Liza.

It was beautifully packaged, came with some extra tips, and some dazzling jewelry.

It did not look as lively and realistic as I’d imagine.

It was definitely smaller, than the Glammerliz, which I liked.

Much less heavier also. Which I like again. It weighs only 12 oz, in comparison to the Glamerliz’s 18.

Because it is the pose-able kind it is stiff.

And just finally, craftsmanship-wise, this is where the Glammerliz wins. This silicone is oddly cast on the underside here in between the thumb and pointer something weird happened to it, I guess.

So not terrible… but again, just with the Glamerliz, I was not blown away. And I don’t think it has much to do with either company, again I just think that initial shock of how realistic these hands can look has just been done away with because I’ve owned one.

The canal area, of each hands finger is deep enough for you to fit just about any length tip.

I like to do this “non-glueing” method of working with the tips. Especially if you are not finish-filing the nails, then you wont need the nails to stay put.

You can buy a primer from each brand and Gorilla glue the nails permanently and then place tips on top of those tips. But this is primarily beneficial if you are finish filing the nails.

I personally do just prefer the putting on-andoff tips vs permanently glueing a first set and then a secondary set.

If you accidentally rip your silicone hand or finger, it could especially happen if you file and shape, both companies sell silicone repair glue.

Red Iguana has a demo clip for repair, and I want to say Liz will complimentary fix it for you, if you cover shipping costs, otherwise again, she also sells the silicone repair kit.

And one last thing on both brands. They both do offer clamps for the hands, Glamerliz even goes as far as carving out a whole in hers so that you can insert the arm of your clamp inside.

So as you can see both have their pros & cons, so it may just boil down to price.

What does each brand cost?

To compare apples with apples

The non-poseable set of full hands from Glammerliz is $420, the same set is $298 from Red Iguna.

Now, relax there are options in between for you to downgrade with each brand, and you can get one silicone finger for as low as $20. And guess what, I use my silicone finger WAY MORE than a full hand to demo.

And keep in mind that the poseable kind, is more expensive.

Here’s my final input, students should probably get the non-poseable kind to get the feel and flexibility of working with a real client, you also don’t need the full hand I rather you get the half-hands and invest in the longer clamps again to get that feel of working on real hands.

And seriously, if your budget is not even quite there yet. Buying one finger is a great start.

What do you think? Do you already own a silicone practice hand? Share your thoughts, or questions below and I’ll be happy to answer them.

Until then have a merry start to the week, I’ll see you in the next one! 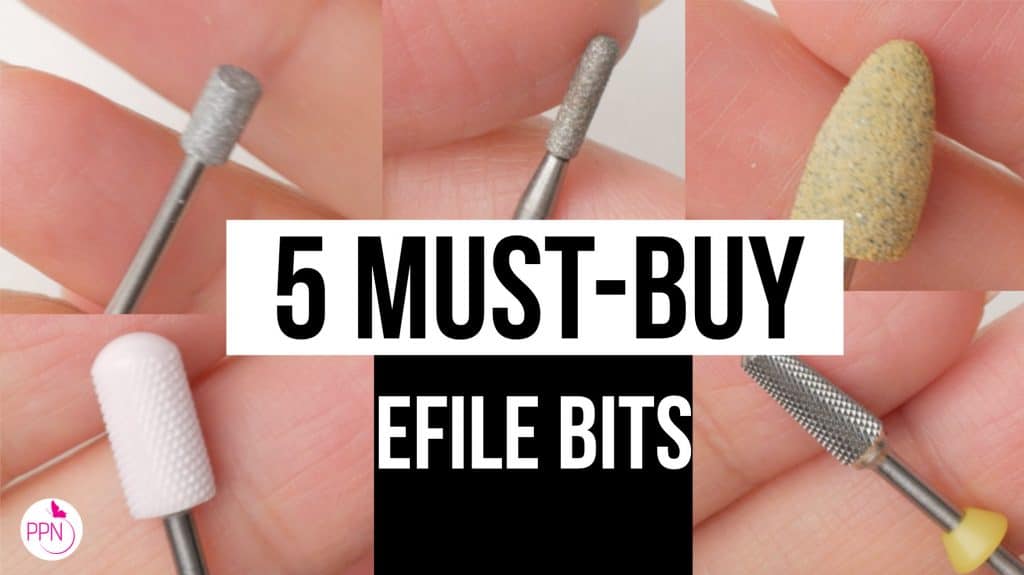 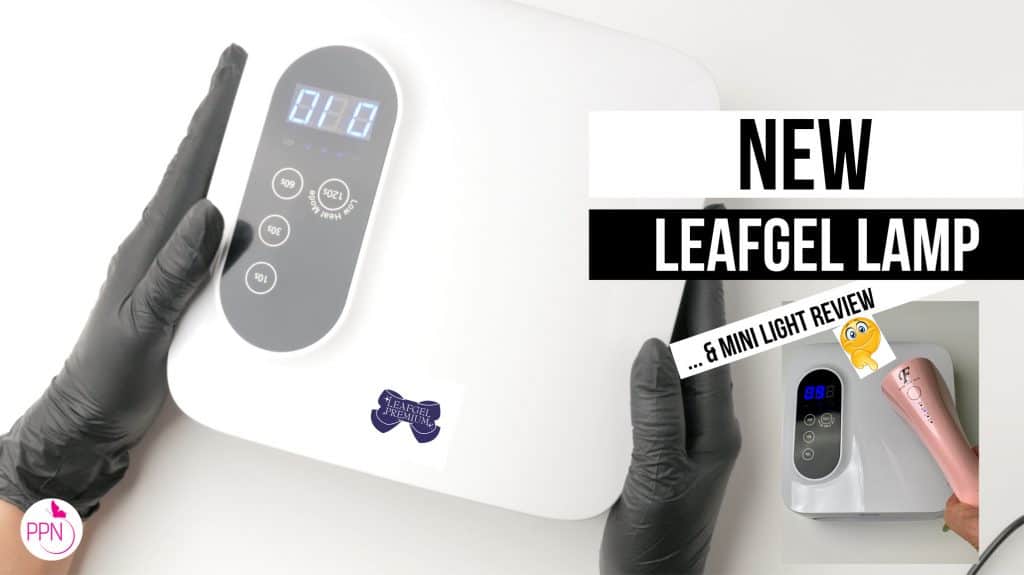